The Actor Model tries to answer just that. It is based on the concept of small computational units communicating through asynchronous message passing, thus allowing concurrency and scalability while negating a lot of the problems of concurrent programming. But up until now the actor model remained a rather niche approach and has not become a used practice. This may change with the introduction of "Virtual Actors" - a new abstraction for writing distributed applications. This abstraction was introduced with the Orleans framework by Microsoft and adopted to Java by EA with their Orbit framework.

In this session you will learn about the the Actor Model, what's novel about Virtual Actors, and why it makes distributed application programming a lot simpler. 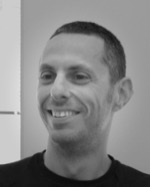